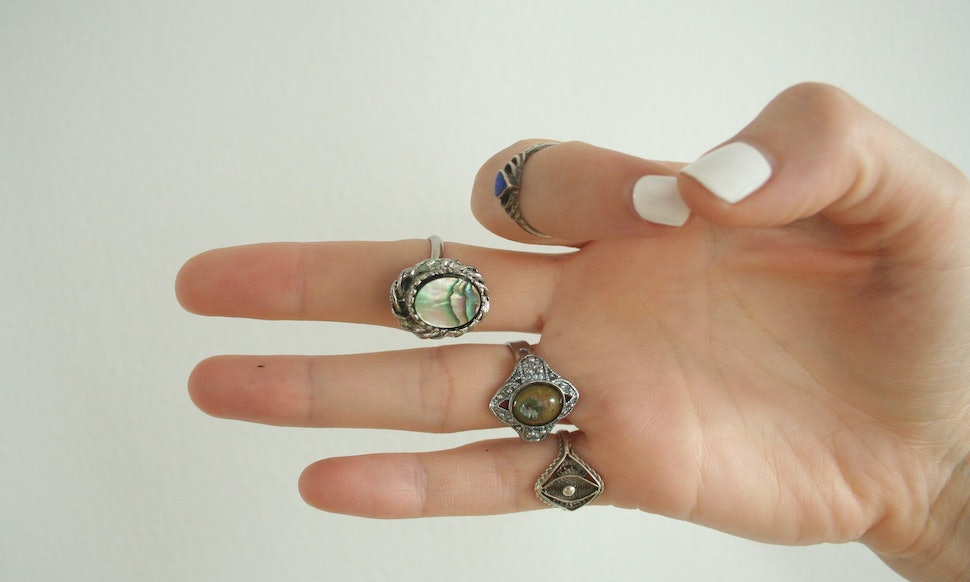 When I get my nails done, I like them basic, basic, basic: sheer beige, rose red, or a red that’s dark and vampy enough to look black. Most of my friends feel the same way about professional manicures, for psychological reasons I can’t explain. We’ll slap on the coral and glitter and Sally Hansen Real Nail Polish strips at home, but when we’re paying for our nails to look good, we want them to look classic, too.

On Saturday, a girlfriend and I decided to get our nails done, and I was planning to pick out some sort of neutral beige polish in an attempt to show little kids everywhere that adulthood is boring. Imagine my horror, then, when I found myself stumbling robotically toward the manicurist, holding a bottle of OPI Alpine Snow and asking, “Will this look weird?” Twenty minutes later, I decided that the reign of the vampy red and subtle beige was over — at least for me, at least for now.

I’m not the first person to discover the crisp appeal of an all-white manicure. In fact, white nails were especially in vogue last year, when they fluttered down onto the spring 2013 runways like so many snowy egrets. But despite the fact that white is an extremely basic color, and the preferred hue of living room walls everywhere, it’s never been as universally popular in the world of manicures as reds, pinks, and even neons. For whatever reason, a white manicure is still a rare bird. The girls at the salon were a little bit skeptical when I asked for it, and I confess, there was a moment during the process when I panicked, because my nails looked like they’d taken a bath in streaky White-Out. But after a second coat, it looked so, so fresh. White polish is a breath of cold air in the summer, and I have no doubt that it will look unexpected in the fall and icy-cool in the winter, too.

If a crisp white manicure is in your future, here’s how to up the ante:

1. Pile on all your silver and opal and moonstone rings until you look like a good witch

2. Use your white nails as an excuse to wear every neon accessory at once

3. Pair the manicure with a completely off-white outfit to keep ’em guessing: bride or Mrs. Havisham? Seriously, though, white and off-white can be very cool together.

4. Wear masses of gold jewelry to channel royalty — more specifically, to channel the Queen’s Chamber in Versailles, which contained a secret door that Marie Antoinette escaped through when French rioters stormed Versailles

5. Wear it with leather for that angel/devil complex

6. Drink a glass bottle of Coca-Cola in a public place, and you’ll be the summeriest thing in the world

7. White nail polish is also a useful color for warding off vampires

8. Contrast your white polish with wads of cash to show the world just how filthy money really is. Look how yellowed those bills are! Disgusting! This is a useful look for those about to deliver a lecture about the dark side of capitalism.

9. Turn your manicure into a clean slate for DIY nail art

11. Use a white manicure to keep you grounded when your pattern-mixing game gets out of control